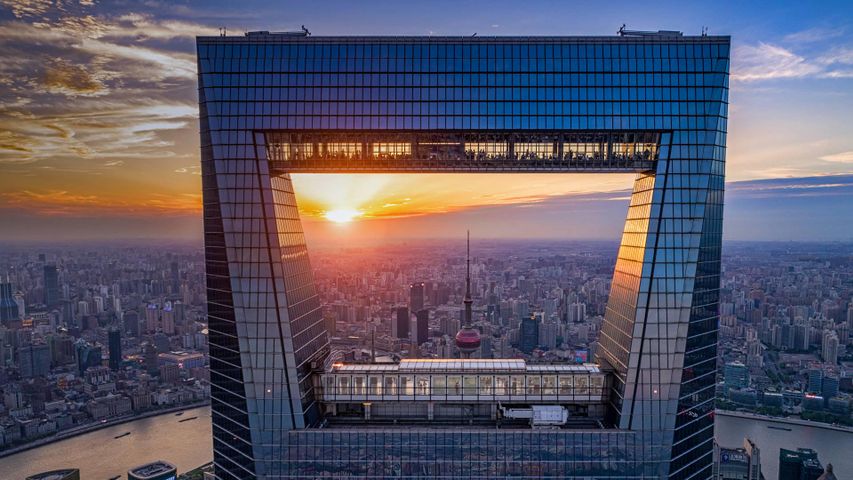 This 101-story skyscraper would be a striking feature of the Shanghai skyline even without the aperture at the top. As of this writing, it’s the ninth-tallest building in the world. Though construction on the tower began in 1997, the Asian financial crisis that began in July of that same year put a temporary halt to the project. But by 2003, construction resumed, and the Shanghai World Financial Center was complete and open for business five years later. If you’re celebrating Skyscraper Day today, as we are, add this one to your ‘must see’ list.