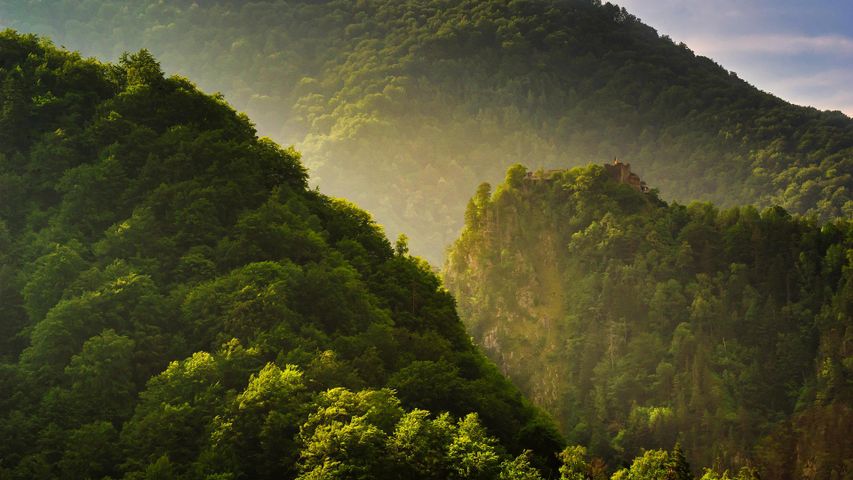 Peeking out above the trees on Mount Cetatea is Poenari Castle, an ancient structure that’s steeped in Romanian history—and vampire lore. Originally constructed in the 13th century, this castle was rebuilt and expanded in the 15th century by Vlad the Impaler, a ruler more commonly known as ‘Dracula.’ Vlad, who made Poenari one of his main fortresses, wasn’t a vampire. But his acts of cruelty likely influenced the regional folktales that later inspired Bram Stoker’s famous novel.