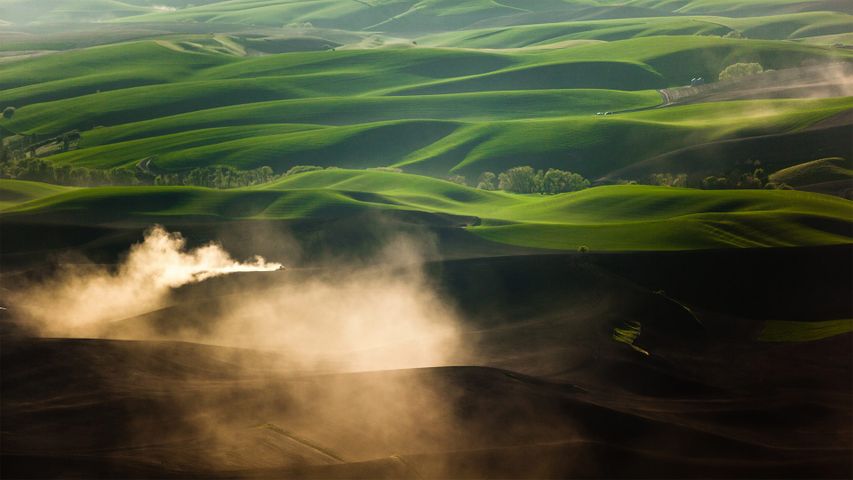 Spring comes to the Palouse

The Palouse region of the inland Pacific Northwest is an unusually hilly prairie that straddles the state line between Washington and Idaho. Farming seems an unlikely endeavor here, but the soil and weather patterns make it ideal for growing certain crops, especially wheat and lentils. This time of year, when the wheat and barley crops are young, the hills brighten to fresh shades of green.

Before Europeans and early US settlers arrived, the Palouse was occupied by the Nez Perce people, who bred and raised horses with spotted coats—a breed that would eventually come to be known as 'appaloosas'—a gradual permutation of the name 'Palouse.'