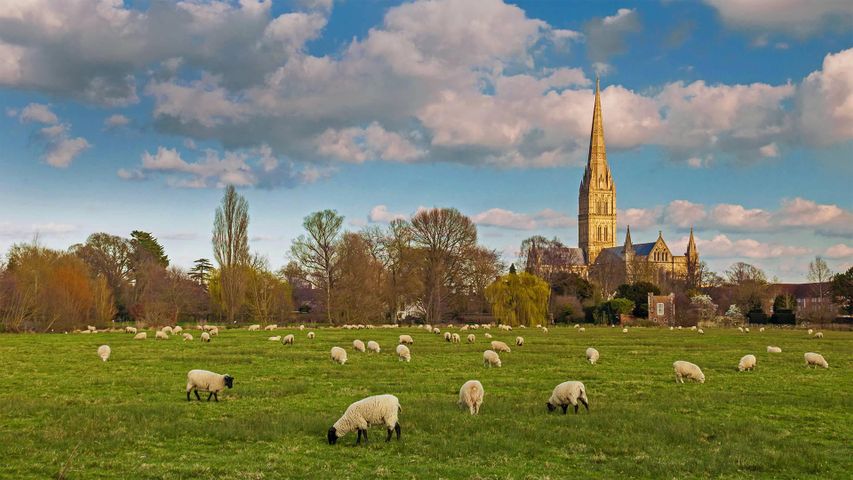 We're in the English county of Wiltshire to celebrate the 800th anniversary of Salisbury Cathedral—the towering marvel of Early English Gothic design rising behind these contentedly grazing sheep. The massive church's first foundation stones were laid here in Salisbury—then called New Sarum—on April 28, 1220. The structure itself dates back even further, the bulk of it having been moved over a mile piece by piece from the former Roman stronghold of Old Sarum.

The building's main body was complete by the time the cathedral was consecrated in 1258, and the magnificent spire was finished in its centennial year, in 1320. Even taller towers were built for cathedrals in London and Lincoln, but the Salisbury spire outlived both of those and, for more than four centuries now, has been the tallest church spire in the country.