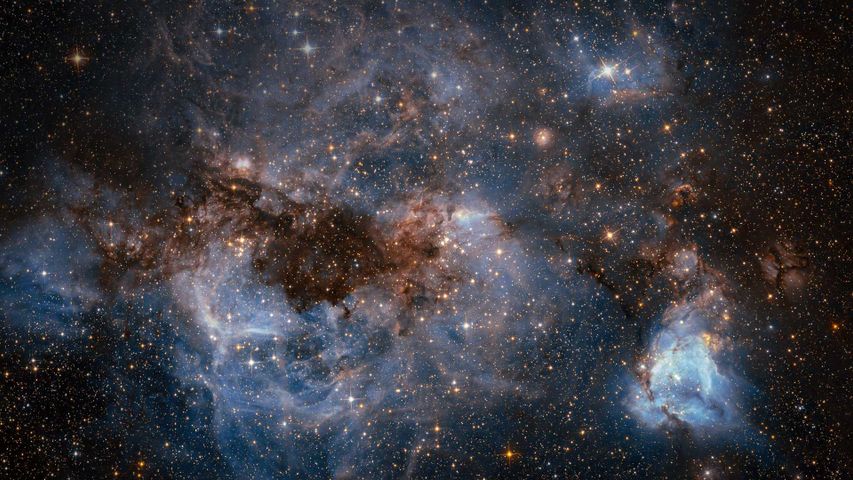 On this day in 1990, the Hubble Space Telescope entered orbit in the cargo bay of the space shuttle Discovery. Shortly thereafter, it began its continuing mission to capture images of our universe from low Earth orbit, free of the obstructions of clouds and the distortions of the atmosphere. Like its namesake, the great astronomer Edwin Hubble, the Hubble Space Telescope has transformed our understanding of the cosmos. Some of the telescope's greatest contributions include its Deep Field Images—which peer back billions of lightyears—or with its jaw-dropping images of objects closer to home, like the one on today’s homepage, which shows a maelstrom of glowing gas and dark dust within one of the Milky Way’s satellite galaxies, the Large Magellanic Cloud.

NASA estimates that Hubble's mission will continue for another 10-20 more years. Next year, it will be joined in orbit by the James Webb Space Telescope, which will be able to peer even farther into space and with greater sensitivity across more wavelengths.