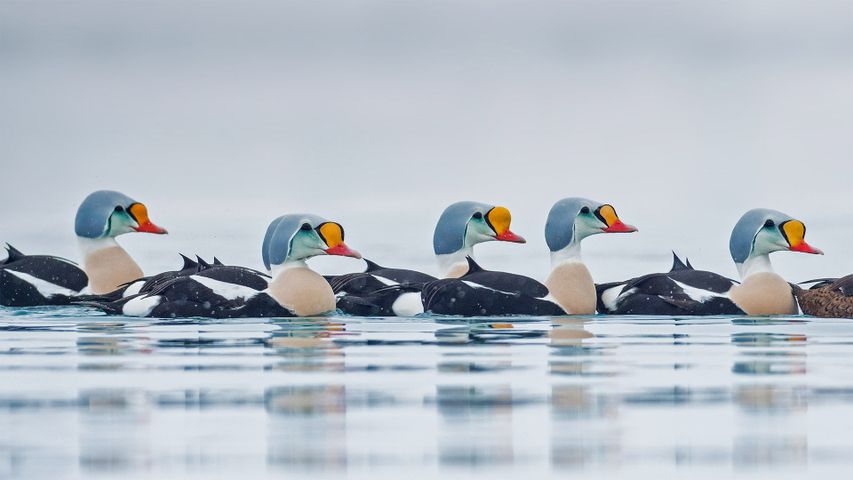 When king eider duck males line up in a dandy display like this, it's likely because they're courting a hen (or what birders call a 'queen eider'). These colourful drakes aren't your regular birds. They're sea ducks, a group that includes several large duck species that feed off the coast in saltwater. As you can see, male king eiders have striking multicoloured plumage and yellow-knobbed beaks that resemble crowns. They, and the less-ornate brown females, make their home in the frigid waters along the Arctic coasts of northern Europe, North America, and Asia.

Most of the year king eiders congregate in large flocks at sea, resting on ice floes, swimming and diving as deep as 80-feet underwater to feed on crustaceans, mollusks, and other prey. But as the summer breeding season draws near, these ducks will migrate even farther north in smaller numbers to the arctic tundra, where they'll nest. This row of earnest males was photographed along the northeast coast of Norway, close on the webbed heels of a lovely hen.