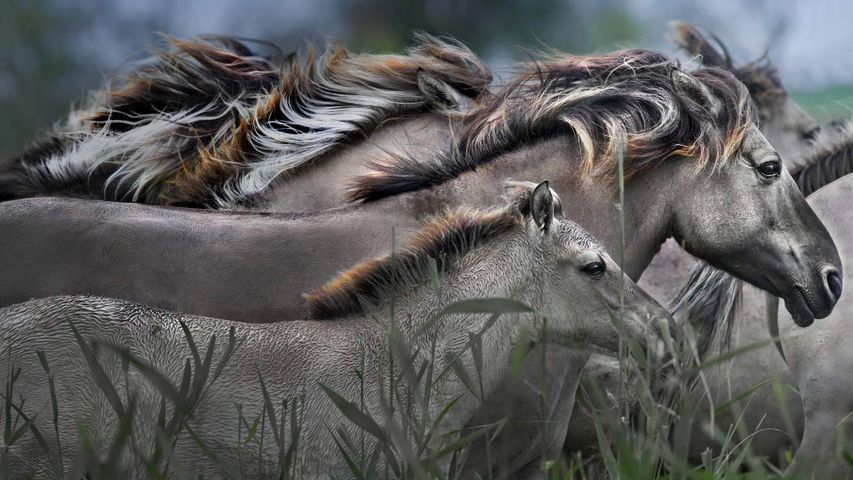 Konik translates roughly as ‘small horse’ in Polish, and this stocky pony is known for its primitive markings—notably, a dorsal stripe and dun (grayish-brown) coat. The Konik originated in Poland and is thought to be descended from the tarpan, an extinct wild horse that once roamed across much of Europe. Koniks have been introduced to European nature preserves as part of an effort to restore the land to its natural state. By grazing on the land in these areas, as tarpans once did, Koniks make the ecosystem more hospitable for other species.