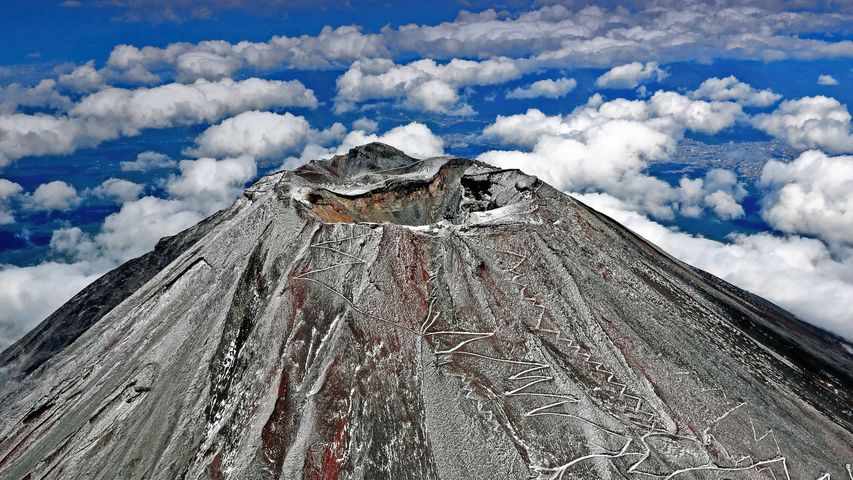 This shot of Mount Fuji's symmetrical cone was taken in September 2020, showcasing the first snow of the season. The dusting proved short-lived, melting off in just a couple of days. And snow wouldn't come again until the end of December—raising new concerns about decades of rising temperatures on Fuji's slopes.

As we tiptoe toward another winter, we're cheering on Mount Fuji for a snowier season. It just isn't the same without that iconic white top!