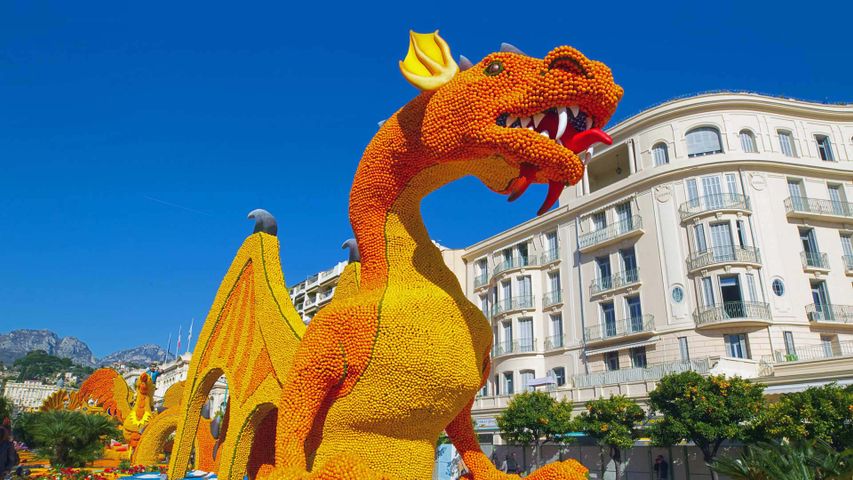 When life gives you lemons…

…make lemon sculptures. That's the philosophy behind the two-week Lemon Festival that begins today in the coastal city of Menton, France, where this citrus-covered dragon looms large. This part of the French Riviera, just down the road from Monaco, almost never sees temperatures drop below zero, even in winter. That makes it ideal for growing lemons, oranges and other citrus crops - and the harvests are plentiful, as seen in the Lemon Festival's many fruit-covered sculptures and floats.

The annual event is the second-largest in the region (after Nice's colourful pre-Lenten Carnival, which kicked off yesterday). So if you're not among the lucky 10 million or so who'll visit the Riviera this year, don't be sour - you can check out the Lemon Festival every February.