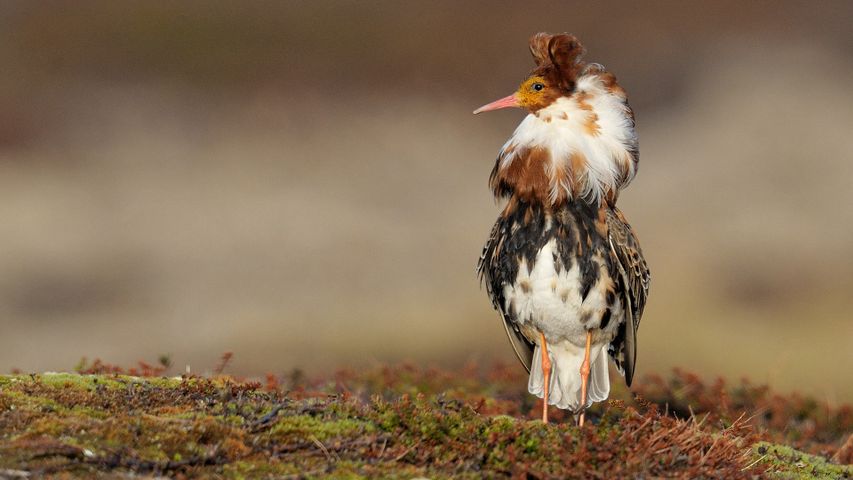 This male ruff is catwalk-ready in his lavish plumage, designed to catch the eye of admiring females (who are much more modestly dressed). The males' flamboyant collars come in black, white, ginger, stripy and plain varieties which, along with their head tufts, help them compete for attention as they strut their stuff during breeding season. These wading birds breed in river meadows and coastal marshes from northern Europe to Siberia and can be spotted on the east and south coasts of the UK. They are usually passing through en route to African wetlands although some will over-winter here.

They wouldn’t look out of place in London this week however, where fashion week is under way. London Fashion Week actually takes place twice a year – in February and September – and is one of the “big four”, alongside similar shows in New York, Paris and Milan. The best-dressed trade show on the block showcases more than 250 designers to trend-spotters, fashionistas, editors and retailers around the world and has been mixing emerging talent with well-established designers since the first show back in October 1983.