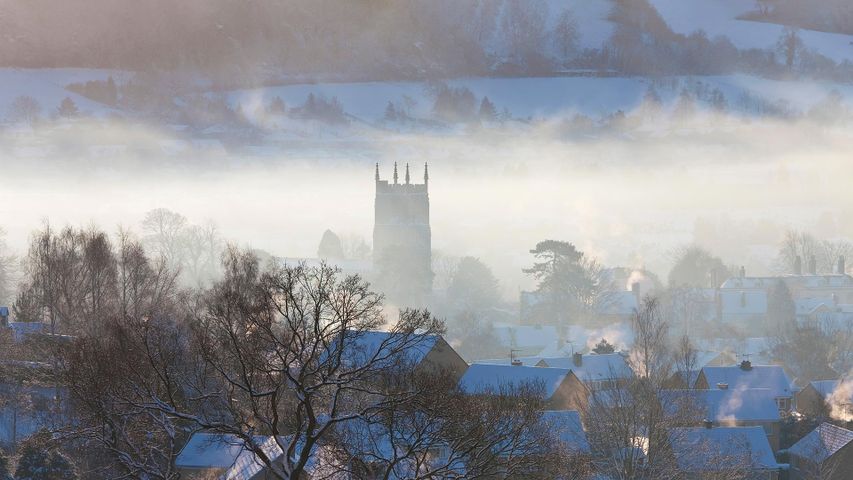 The 'edge' of the Cotswolds

Emerging from the freezing mist here in Gloucestershire is the tower of St Mary's, the parish church of Wotton-under-Edge. This historic market town gets the ‘edge’ in its name from its position, tucked snugly beneath the high Cotswold escarpment, an outcrop of Jurassic rocks. Nestled between hills and woodland and positioned on the 102-mile Cotswold Way footpath, it’s a popular spot from which to explore the wider Cotswolds Area of Outstanding Natural Beauty, England’s second-largest protected landscape.

Like many towns in this area, Wotton-under-Edge was built on wealth from the medieval wool trade. It has no shortage of Grade II listed buildings scattered around its ancient streets, from the magnificent church pictured in our homepage image, to quaint groups of almshouses, old shops and the Ancient Ram Inn, deeds for which date back to 1350. The first known mention of the town itself was in AD 940, when it was known as “Wudetun”, although evidence suggests there was a settlement here as far back as the Roman period.

While the wool trade may be long gone, Wotton-under-Edge remains a bustling town, packed with independent shops and charming streets, surreptitiously tucked away in a picturesque setting.