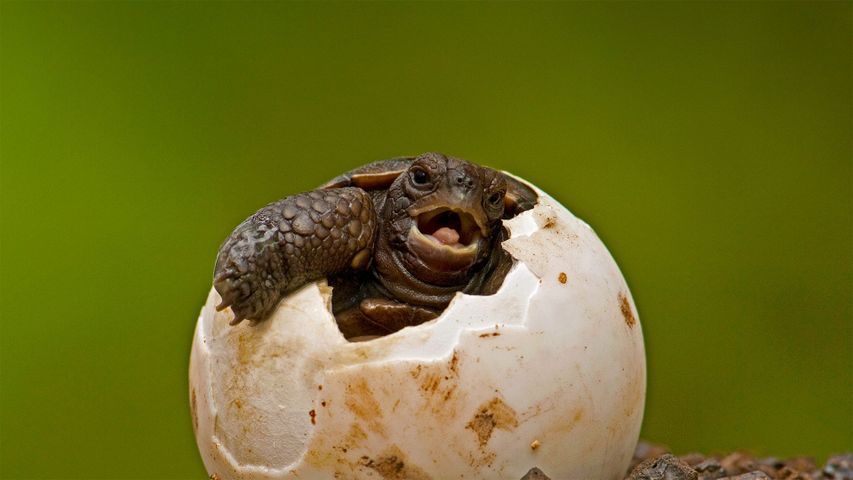 Wake up, it's Darwin Day

Where better to mark Darwin Day than the Galápagos Islands? Charles Darwin is best known for his theory of evolution by natural selection, which he published in his 1859 book On the Origin of Species. During his travels to the Galápagos Islands years earlier, Darwin observed creatures that were similar from island to island but had slight differences which helped them to survive in their specific environments. This became a key component of his research.

The islands are home to thousands of unique species, including this Pinzon Island tortoise, hatching from an egg at the Charles Darwin Research Station. These tortoises were once on the brink of extinction in the wild due to several factors, including centuries of capture by humans and the threat posed by predatory invasive rats. But thanks to conservation efforts at the research station on Santa Cruz Island in the Galápagos, they're beginning to successfully hatch in the wild for the first time in more than 150 years.

Loisach river with Heimgarten mountain in the background, Bavaria, Germany