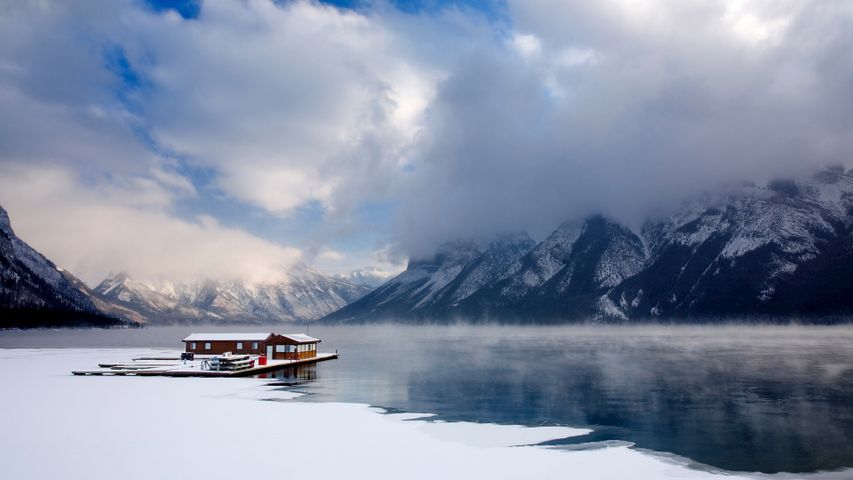 An underwater ghost town. The spirit of Lake Minnewanka

For more than 10,000 years, people have hunted and camped along the original shores of Lake Minnewanka in Canada's Banff National Park. The 13-mile-long glacial lake got its name from the indigenous Stoney Nakoda First Nations people, who called it Minn-waki (Lake of the Spirits) because they respected and feared the glistening waters for its resident spirits. A popular recreational spot for boating, hiking and cycling, there’s plenty to explore both above – and below – the water. Over the years several dams have been built for hydroelectric power generation, and the most recent dam – constructed in 1941 – raised the lake almost 100 feet, submerging the resort village of Minnewanka Landing that had been present there since 1888. Scuba divers can discover the many structures of the former resort town that still remain intact, including house and hotel foundations, wharves, an oven, a chimney, a cellar, bridge pilings and pavements.