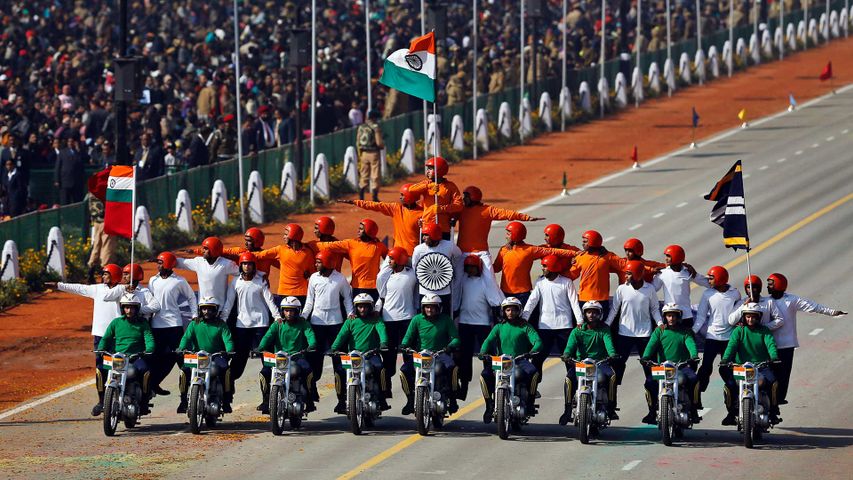 For India's 70th Republic Day, we're featuring an image of tricolour motorcycle formations as a part of a Republic Day Parade in 2013. It's on this day that India celebrates its official beginning as an independent democratic republic, its own constitution coming into effect after having endured nearly a century of British Raj. Republic Day events include presentations of the Padma Awards (national service honours), a Republic Day parade at Rajpath, New Delhi, and other ceremonies. Flag hoisting events take place in schools across the country and miniature flags can be seen adorning vehicles in every city.

Mount Mary is a Roman-Catholic Basilica, located at Bandra, Mumbai.