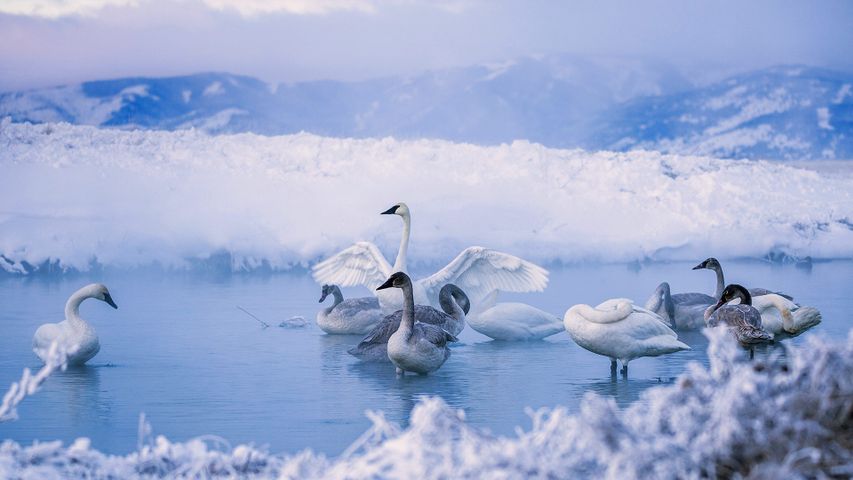 Native to North America, trumpeter swans live near rivers, lakes, and coastal byways in Canada and northern and western U.S. states. Depending on where they live, these swans are either resident birds or medium-range migratory birds. What they all require, though, is open water during winter, since their diet consists almost entirely of aquatic plants. That may be why the swans in this image are drawn to the waters of Kelly Warm Springs in Wyoming, which won't freeze even as snow lines the banks.

Trumpeters are the largest living species of waterfowl in North America. The biggest known cob—that's a male swan--weighed almost 40 pounds and had a wingspan of 10 feet. Although in the early 20th century they came perilously close to extinction, today there's an estimated 35,000 trumpeters. Even with the tremendous recovery, it remains illegal to hunt them. And yes, their calls do sound like trumpets, but Miles Davis they aren't.