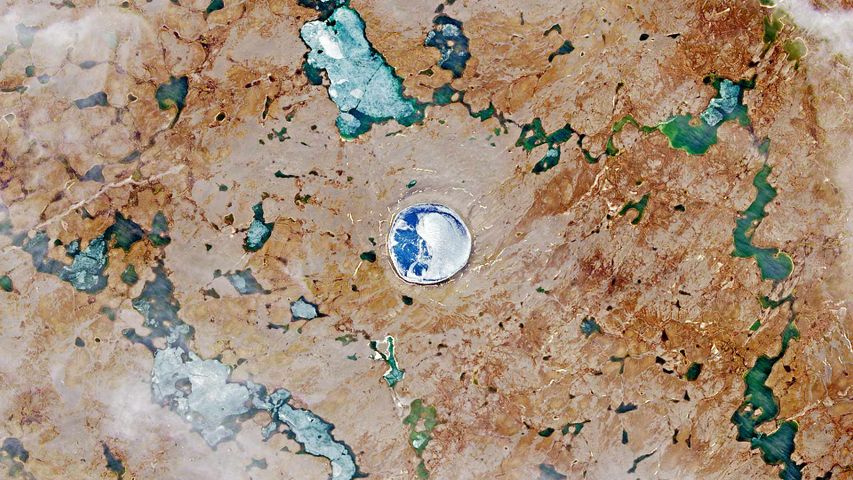 Mysterious sighting from above. A natural wonder

Upon its discovery as a mysterious sighting from above, scientists and geologists concluded the structure to be a crater produced by a meteorite which crashed into Earth 1.4 million years ago. Amidst the dark terrain of this site in northern Quebec lies an almost perfectly circular lake with a diameter of 3 kilometres. This lake is known as the Pingualuit Crater Lake and is said to have the purest freshwater in the world. Without any inlets or outlets, the water level is maintained by evaporation and precipitation. The discovery of the Pingualuit Crater led to exploration of more than 20 impact structures in Canada.