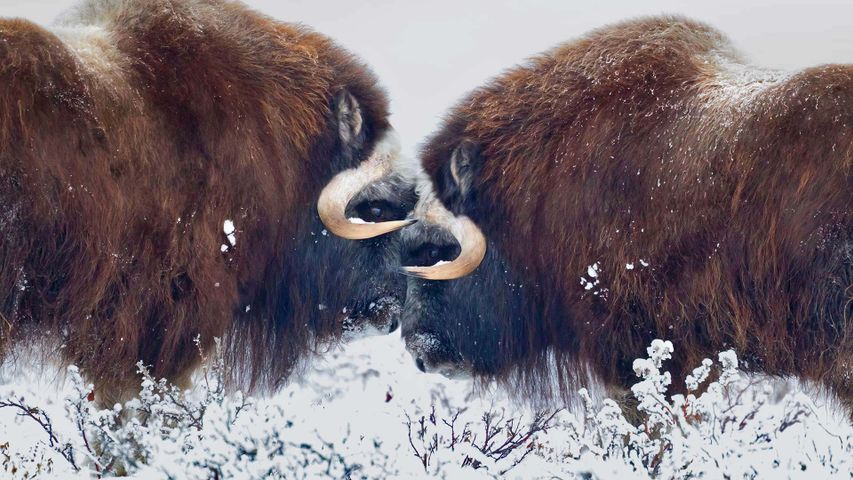 Muskoxen, named for the strong odour the males emit during the rutting (mating) season, have roamed the tundra eating roots, mosses, and lichen for thousands of years. In the 1920s, they were hunted almost to extinction, and were totally wiped out in Alaska. But thanks to a reintroduction program, today there are roughly 5,000 muskoxen in Alaska, out of an estimated 125,000 animals worldwide.