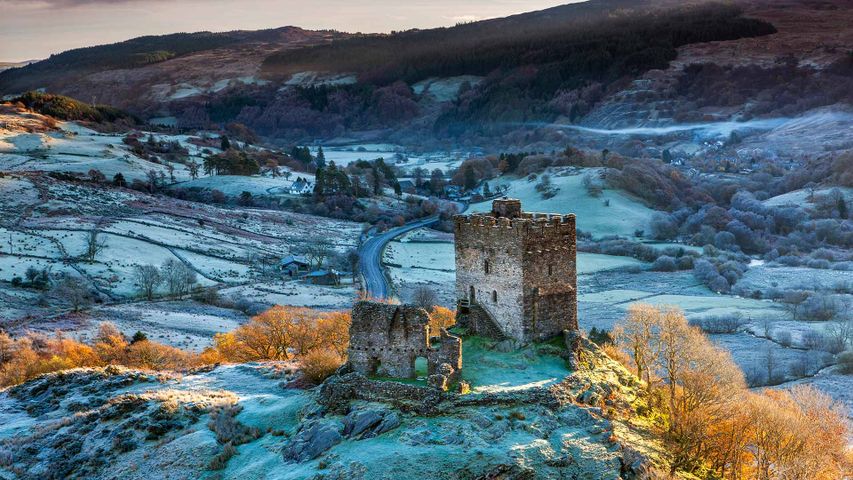 Welcome to Dolwyddelan Castle, set high on a rocky ridge against epic mountain scenery in the heart of Snowdonia National Park. This lonely keep, ruined tower and what remains of its thick curtain wall can be admired from afar. But for those willing to tackle the steep climb up, it offers commanding views over this dramatic landscape. Although it has undergone many changes over the centuries, the original building was started by Llywelyn the Great in the early 1200s – one of a group of fortresses built to command the mountain passes.

It would be conquered in 1283 by the English king Edward I, who made some of his own additions and more were made over the centuries, notably by wealthy Victorian benefactors who sought to ‘restore’ Dolwyddelan Castle – by adding medieval-style battlements that were never part of the original. As well as the fortress itself, there’s plenty to see in this picturesque part of Wales, including the Gwydyr Forest Park as well as spectacular waterfalls at Swallow Falls and Conwy Falls.