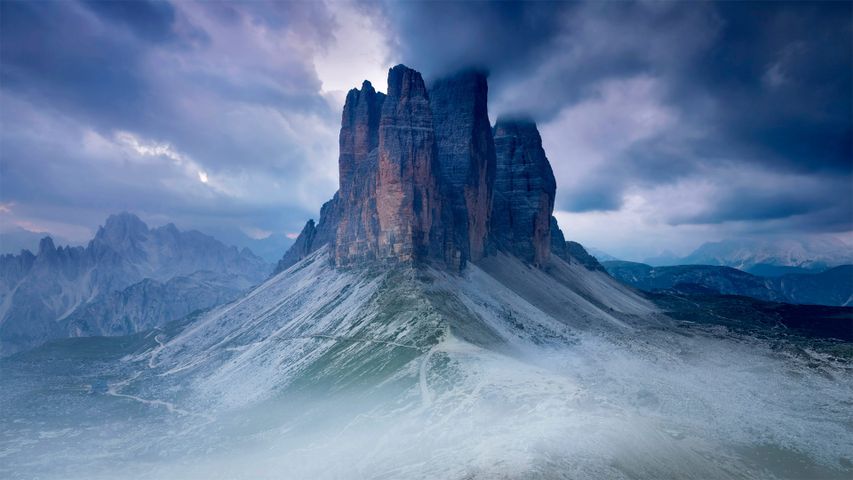 A towering view of the Pale Mountains

Behold the Tre Cime di Lavaredo, some of the most iconic peaks of the Dolomites range in the Italian Alps. The Dolomites, aka the Pale Mountains, are named after the light stone (dolomite) of the jagged range. This is the view from the highest point of a trail that encircles these three dramatic peaks. Usually mobbed with tourists in the summer, autumn and spring offer a chance for a more tranquil amble along the six-mile trail. Along the way, the hiker will pass three rifugios, traditional Alpine shelters that offer drinks and meals and beds to stay the night.

Until 1919, the border between Italy and Austria-Hungary ran directly through the Tre Cime di Lavaredo, and there was heavy fighting here in World War I. Visitors can still see trenches and remnants of fortifications left from the so-called White War of the Alps. A small chapel, called Cappella degli Alpini, was built in memory of fallen soldiers in the area.