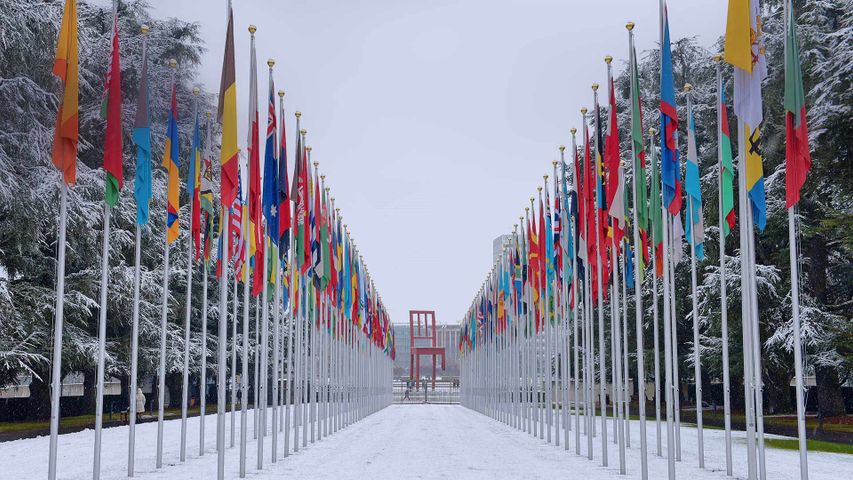 We're in Geneva, Switzerland at the Palace of Nations, for the anniversary of the League of Nations. Founded on 10 January 1920, after World War One, it served as an international diplomatic organisation until World War Two, when it gradually lost support and was eventually replaced by the United Nations. The Palace, built to be the League of Nation’s headquarters, has served as UN headquarters in Geneva and hosts diplomats for thousands of meetings every year.

At the end of the Palace's rows of flags is Broken Chair, a sculpture by Swiss artist Daniel Berset. With one leg broken off, the piece represents opposition to landmines and cluster bombs and was originally placed there in 1997 ahead of a vote on the Ottawa Treaty on landmines. It was later dedicated and given to Handicap International, which aims to help people with disabilities and vulnerable people in situations of poverty, exclusion, conflict and disaster.