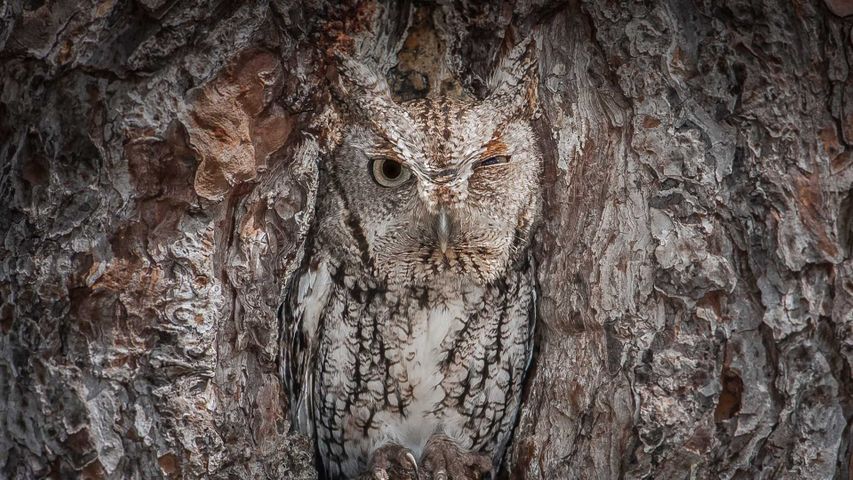 Found in wilderness areas and near human settlements from the Atlantic seaboard to west Texas and up into Montana, eastern screech owls are well established in the US. This one's pretending to be part of a tree trunk in the Okefenokee National Wildlife Refuge in Georgia. Eastern screech owls will even nest in backyards, but because they’re so quiet and well camouflaged, you may not realize how close they are. Don’t worry that they’ll attack you, though. They may look fierce, but these owls are smaller than a pint glass and feast on insects, worms, and small rodents.