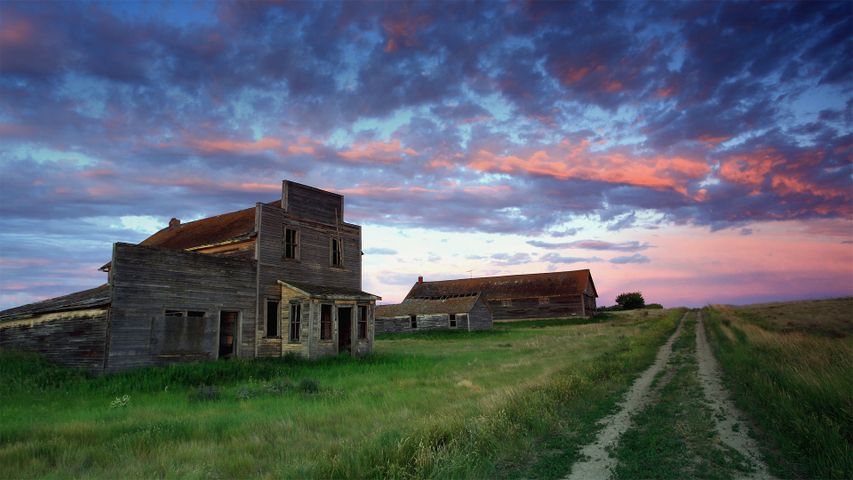 Built along one of the last spurs of track laid during central Canada's early 20th-century railroad boom, Bents didn't attract many residents before it quickly declined in the 1920s, when droughts stymied the region's wheat crop. By the '60s even the last hangers-on were gone, leaving only the shells of the store, grain elevator, and a few other assorted buildings. Plus of course any spirits who, nostalgic for the outpost's short-lived heyday, might still call it a favorite haunt.