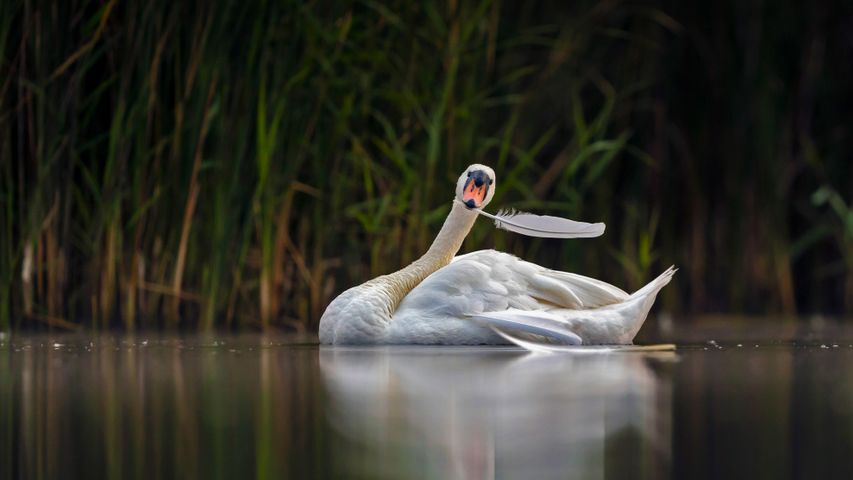 The mute swan is a symbol of beauty and elegance, thanks in no small part to the beloved fairy tale 'The Ugly Duckling,' about an awkward and unsightly duckling who upon growing up discovers he is actually a swan. The proverbial story is often used as a lesson in transformation and the relative nature of beauty. One glance at this swan, seen here holding a feather in a nature preserve in the Netherlands, and it's easy to see how the idiom 'graceful as a swan' came about.

Mute swans are native to Europe and an introduced species in North America. Despite their name, mute swans do make sounds, although they tend to be less vocal than other swan species. The misnomer is also the source of the phrase 'swan song,' which refers to the final act or performance of a long career. Long ago, it was believed that swans sang a beautiful song shortly before their death after a lifetime of silence.