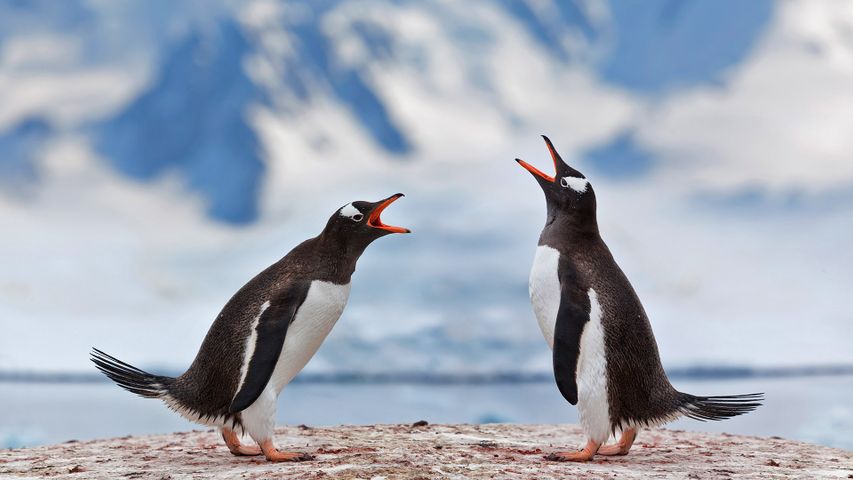 A Festivus for the rest of us

We didn't have a Festivus pole handy, so we're bringing you near the South Pole, where two gentoo penguins seem to be sharing a loud 'Airing of Grievances'. December 23 marks Festivus, a tongue-in-cheek observance created by writer Daniel O'Keefe. At first an O'Keefe family inside joke, Festivus was re-branded as a rejection of Christmas-season commercialism and written into a 1997 episode of 'Seinfeld' by Daniel's son Dan. The show introduced such goofy new traditions as the 'Airing of Grievances', 'Feats of Strength', and identifying 'Festivus miracles’.

Daniel O'Keefe originally intended Festivus to commemorate the first date he had with his wife Debora. And in fact, a first date may be what we're seeing here - gentoo penguins mainly use their signature trumpeting call in mating rituals, not just to vent. Contrary to anti-commercial Festivus spirit, male gentoos frequently rain blows upon each other in scuffles over coveted pebbles, which they use as engagement gifts or to build nests.