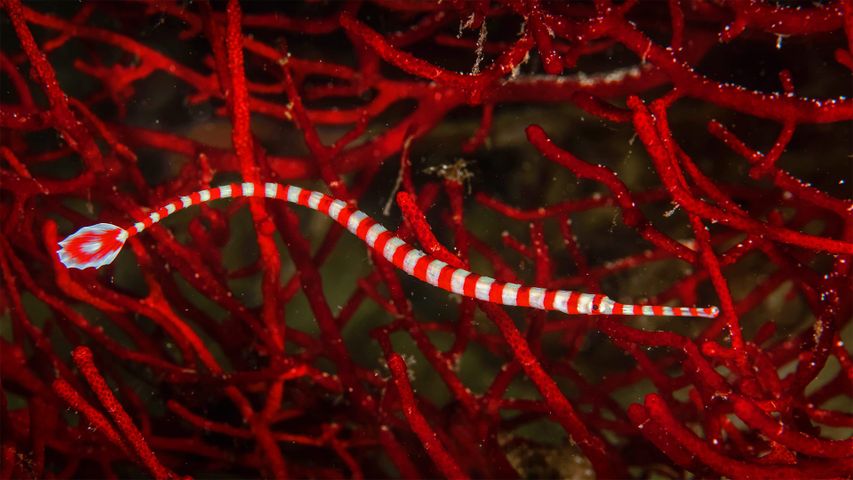 This aquatic candy cane is called a banded pipefish. You won't find it at the North Pole or on your Christmas tree, but in the tropical seas of the Indo-Pacific region, like here in Australia to Japan, the Philippines, and South Africa. It’s in the same family as the seahorse, and like its cousin, the pipefish has plates of bony armour covering its body. This gives it protection, but a rigid body (like a candy cane!), so it swims by rapidly fanning its fins. Also like the seahorse, it's the male pipefish - not the female - who carries the eggs. After an elaborate courtship dance, the female deposits her eggs in the male's brood pouch, where they develop until the male gives birth. We're not making this stuff up, but we can't vouch for the theory that the red-and-white banded pipefish has a minty taste.