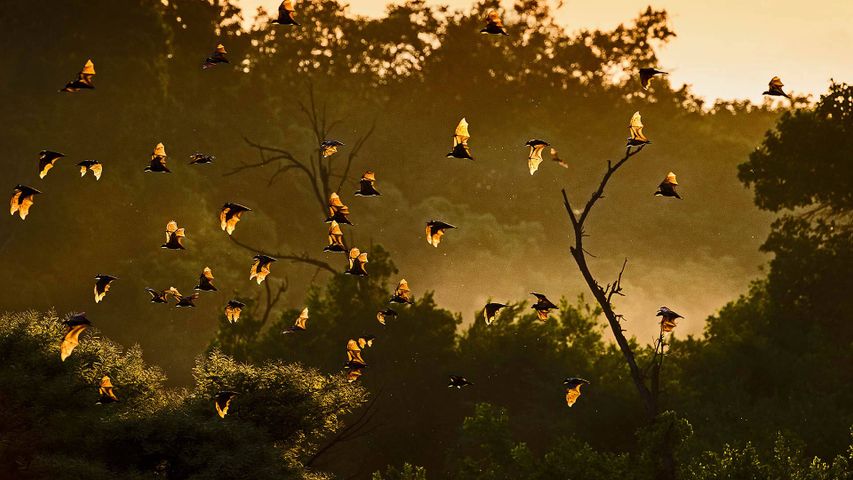 As if right on cue for Halloween, this is the time of year when millions of straw-colored fruit bats begin to descend on Zambia's Kasanka National Park. They come in such vast numbers that it's thought to be one of the largest concentrations of mammals in the world. From the end of October to mid-December, these large fruit-eating bats pack into a small area in the forest to roost. But when the sun begins to set, they start to swarm, darkening the skies as they head out to gorge on fruit in the Mushitu swamp forest. Experts believe their migration starts about 2,000 miles north, in Congo.

There are over 1,000 species of bats, but they all fit neatly into one of two categories: microbats or megabats. The straw-colored fruit bat, if you didn't guess, is of the mega variety. They are the most widely distributed of all African fruit bats and have adapted to a variety of habitats. Because their habitat extends to such great distances, straw-colored fruit bats play a critical role as pollinators and dispersers of seeds. They're highly social, too, living in large groups called colonies that can number from the thousands upward to a million. But don't worry, they do not drink blood. For them, fruit is life.