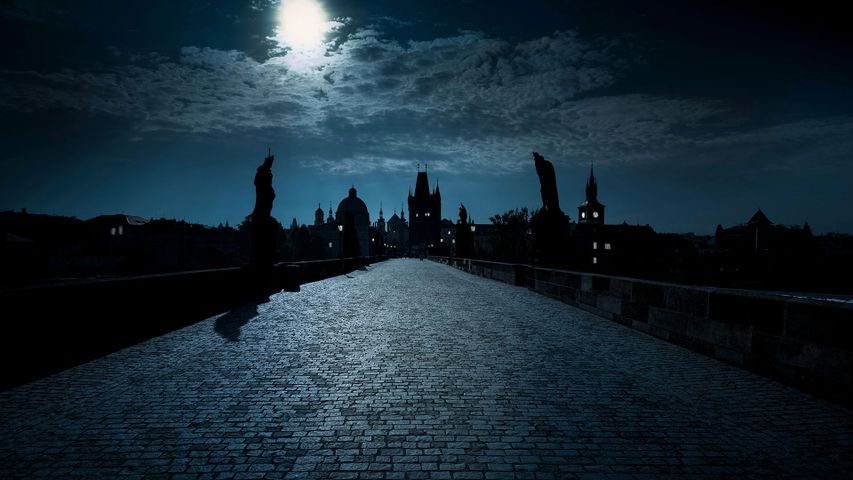 Charles Bridge over the Vltava River in Prague, Czech Republic

Superstition abounds on Prague's Charles Bridge, dating back to its construction in 1357. Builders laid the original bridge stone on July 9 at exactly 5:31 AM, the year, date, and time represented by a precise set of numbers that formed a palindrome: 135797531 (or 1357 9, 7 5:31). The sequence, which reads the same backward and forward, is carved onto the stones of the Old Town Bridge Tower at the east end of the bridge and was believed to bring a kind of magical strength to the structure. But the superstition didn't stop there. The bridge was also constructed in perfect alignment with the tomb of Saint Vitus and the setting sun on the equinox. A more recent superstition involves the statue of the revered Saint John of Nepomuk that stands on the bridge—according to folklore, rubbing the plaque at the base of the statue will grant you a wish.

Throughout its history, the legendary bridge has undergone a multitude of catastrophes, from fighting to flooding. These days, however, it's one of Prague's most visited sites. Whether that's because of its superstitious strength or not is up to you to decide.