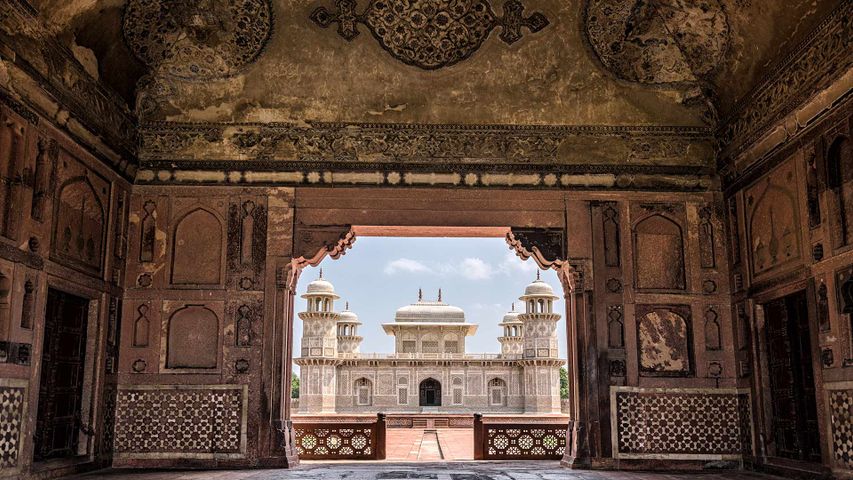 Tomb of I'timad-ud-Daulah, or Baby Taj in Agra

When on a visit to Agra, no doubt the Taj Mahal is the most awe-inspiring monument to see. But did you know, the Taj has a precursor? The tomb of Itimad-ud-Daulah was built by Nur Jahan for her father Mirza Ghiyas Beg. The building was completed in 1628, five years before the construction of the Taj mahal began. The Taj was built for Mumtaz Mahal, who was also the granddaughter of Mirza Ghiyas Beg. The tomb of Itimad-ud-Daulah is also known as ‘Bachcha Taj’ or ‘Baby Taj’, and sometimes referred to as ‘Jewel Box’.