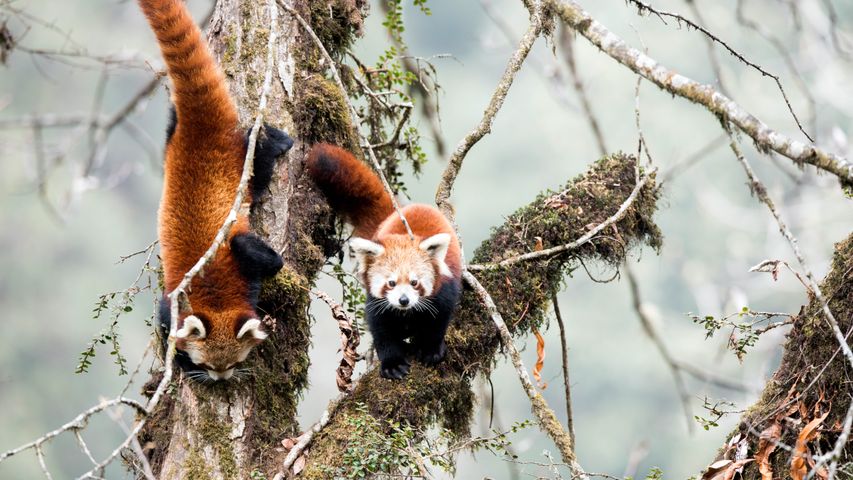 On the red panda trail

Today, we are tracking red pandas in the ancient oak and rhododendron forests of the Singalila National Park in the eastern Himalaya. Red pandas are arboreal, skilfully moving within the tree canopy. The belly and limbs are jet black, there are white markings on the sides of the head and above the eyes, and the rest of the body is covered in thick russet fur. The acrobatic animals use their ringed tails for balance as well as a wraparound blanket. They are shy and solitary animals, except when they are trying to attract a mate.

In India, red pandas are found in Sikkim, western Arunachal Pradesh, West Bengal’s Darjeeling district, and parts of Meghalaya. They are a threatened species, with the highest level of legal protection.

Tomb of I'timad-ud-Daulah, or Baby Taj in Agra