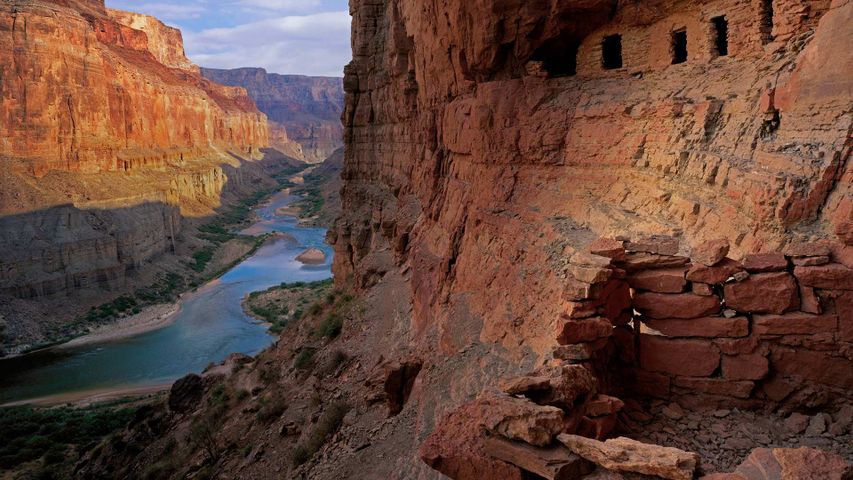 Around 1100 CE—a good 400 years before Spanish conquistadors would first glimpse the Grand Canyon—Ancestral Puebloans tended terrace farms along the banks of the Colorado River. In order to store their crops during the rainy season, when floods might destroy food stores, and to keep animals from eating the harvest, they created the Nankoweap Granaries high up in the canyon walls.The fourth Friday in September is Native American Day, a state holiday in California and Nevada. Yes, our photo was taken in Arizona, but in the spirit of the holiday, we wanted to shed light on how thoroughly Native American cultures have shaped North America.