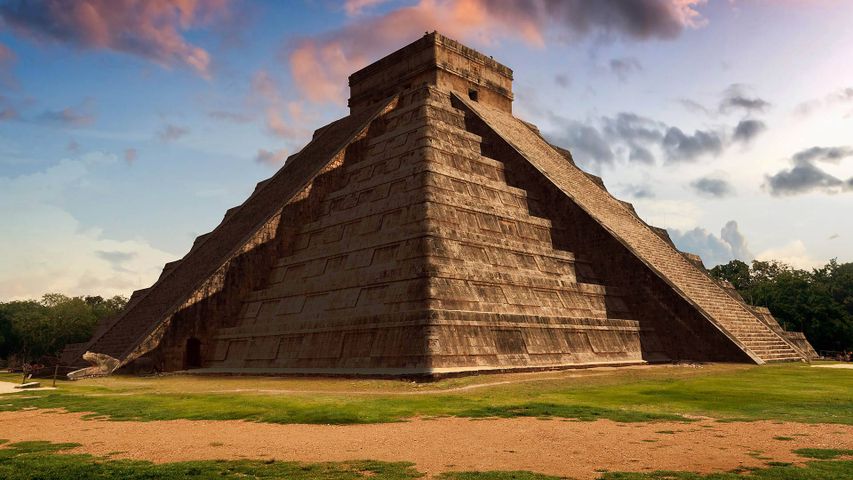 Spot the snake. Stepping into autumn

Look closely and you'll see a snake slithering down the steps of the Temple of Kukulcan (otherwise known as El Castillo or The Castle), in Chichen Itza, Mexico. Not a real snake of course, it's an image created by natural light and shadows which appears only during the spring and autumn equinoxes.The equinox (which means equal night in Latin) is either of the two times each year – this year the autumn equinox falls on 23 September - when the Earth's orbit and position cause the Sun to pass directly over the equator, creating equal amounts of daylight and darkness. According to Mayan legend, on both equinoxes this pyramid is visited by Kukulcan, the feathered serpent god. Thousands of spectators gather to watch and celebrate as seven triangles of light slide down the pyramid, illustrating Kukulcan's descent.