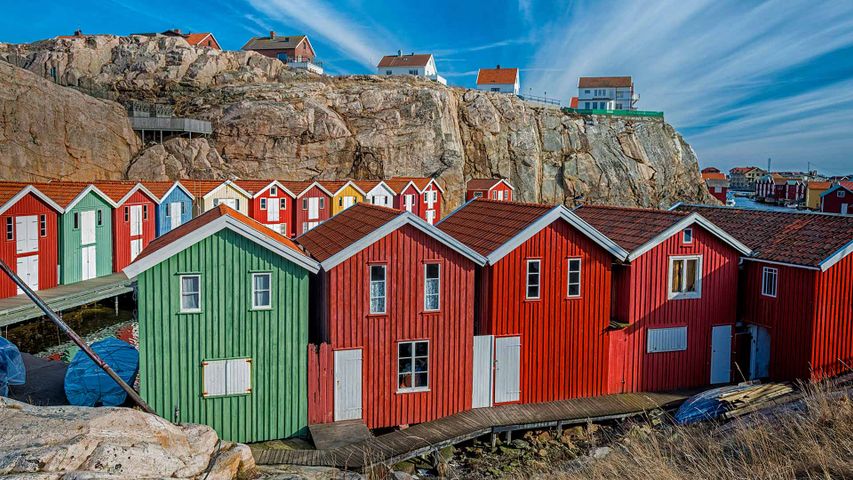 The historic wooden pier of Smögen, Sweden, will be busy—and pungent—today. The third Thursday in August means one thing: surströmming season has arrived and all over Sweden, brave residents stand at the ready with can openers in hand. If you've never taken part in a surströmmingsskiva, the Swedish word for this particular event, you're going to need a bucket of water, some side dishes, and a strong constitution.In April and May, freshly caught herring from the Baltic Sea is quickly brined in just enough salt to keep the fish from rotting. In July, the fermenting fish is canned and stockpiled, but fermentation continues in the can. By tradition—and formerly, by law—the sour herring is considered properly fermented by the third Thursday in August, when the year’s catch makes its premiere. Lovers of surströmming eagerly await this day, when the cans are finally sold and ceremoniously opened—outdoors and often submerged in a bucket of water to reduce the smell. The fish is eaten with flat bread, potatoes, and usually a chaser of strong alcohol or beer. Some say surströmming is one of the most putrid smelling foods on earth. Others, of course, beg to differ, finding it delicious.