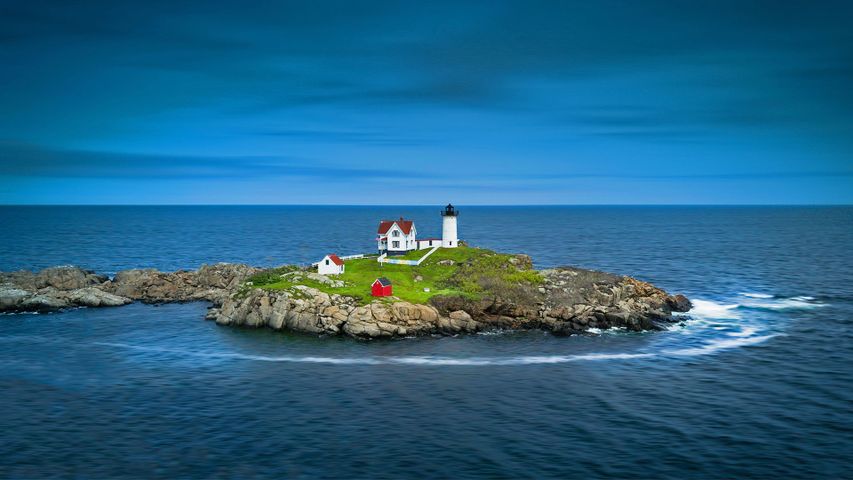 For National Lighthouse Day, we’re visiting Cape Neddick Light, which sits on a tiny island called Nubble Island, or 'the Nub'—just 100 yards from the mainland. It's on Maine's southern shore and is one of just eight lighthouses in Maine that still use a Fresnel lens, the 19th-century invention that greatly amplifies the light. The island isn't accessible to the public, but because it's so close, many visitors come to Sohier Park on the cape for the view of the lighthouse. Why August 7 for National Lighthouse Day? Because it was this day in 1789 when the US government placed all lighthouses under federal control to make sure these important safety signals were all built, supported, and maintained equally.