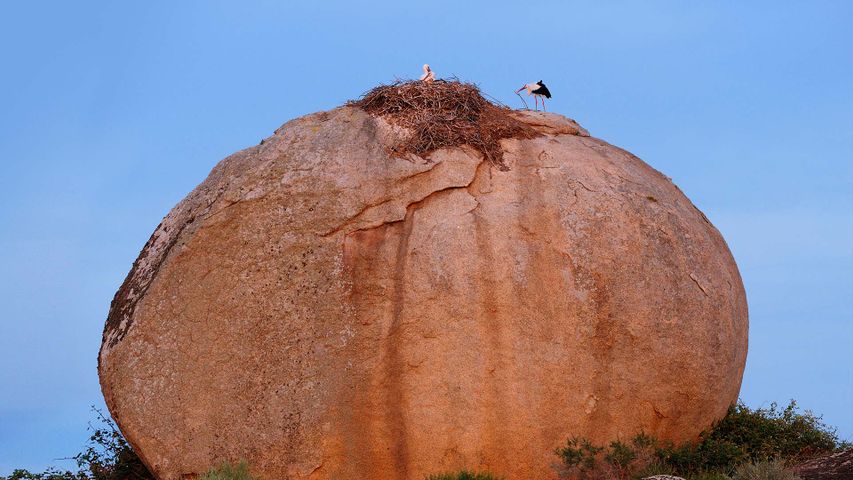 It’s migration season for white storks, shown here tending to a nest at Los Barruecos Natural Monument in central Spain. This destination is known for large, granite boulders intermixed with sculptures created by local artists—and it’s a favorite stork nesting spot. When the storks arrive here in springtime for their nesting season, the area can be filled with the sound of the storks’ loud bill-clattering, a tap-tap-tapping that can be heard from great distances. In August and September, white storks depart their nests for a 25-day trip south to their African wintering grounds, where they gather in large flocks. The species returns to Europe again nine months later—hence its unique role in folklore, giving parents a low-stress way to answer the question ‘where do babies come from?’