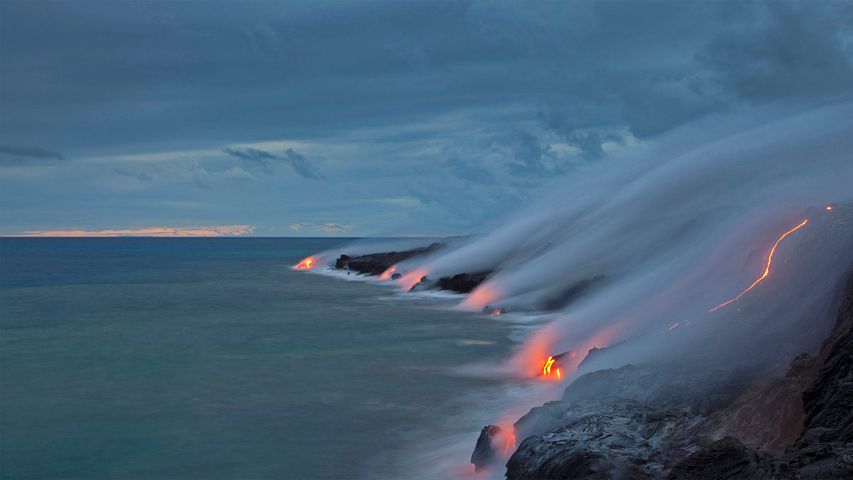 Let's light some candles today—103 of them—for Hawaii Volcanoes National Park on the island of Hawaii. On this day in 1916, President Woodrow Wilson signed a bill to establish the park in what was then the US Territory of Hawaii. (Hawaii wouldn't become a state until 1959.) The park contains a rich array of biodiversity, important historic sites of Native Hawaiians, and the glowing stars of the show—two of the world's most active volcanos, Mauna Loa and Kīlauea.The massive Mauna Loa rises 56,000 feet from the sea floor, which means it's more than twice as tall as Everest. Kīlauea made headlines in 2018 for oozing lava for four months straight. This eruption destroyed over 700 homes and damaged roadways, park trails, buildings, and other infrastructure. Why do we call this place the land of laze and vog? You'll have to take today's quiz to find out.