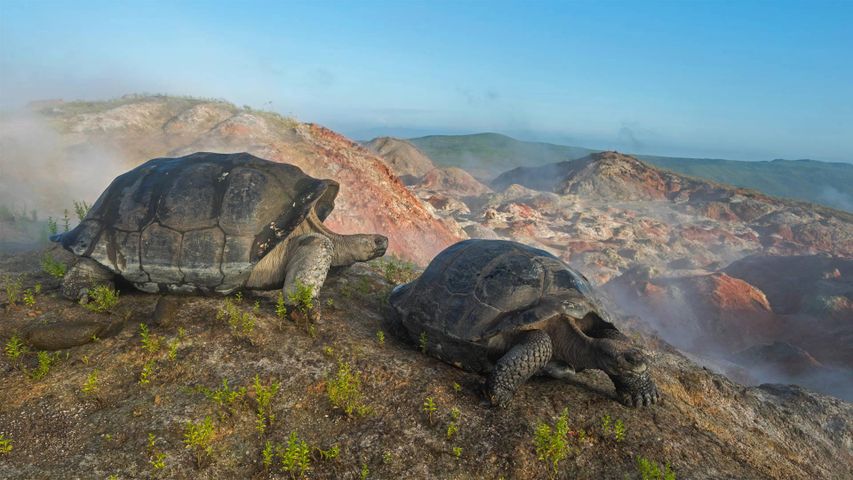 Don’t set your watch to the migration schedule of the Galápagos giant tortoise – it doesn’t follow a predictable schedule the way so many other animal migrations do. Scientists first tracked the migration of giant tortoises on the Galápagos Islands in 2013, and they’ve discovered that not only is it marvellously slow, it’s kind of erratic and flies in the face of human understanding about the way most animals migrate. Only the older tortoises make the roughly six-mile climb out of the soggy jungle up into the hills. The journey is loosely related to mating, but researchers think there may be many other unknown variables at play. Whatever compelled these two lumbering giants up here, in about six months, they’ll start the slow climb back down to the jungle.