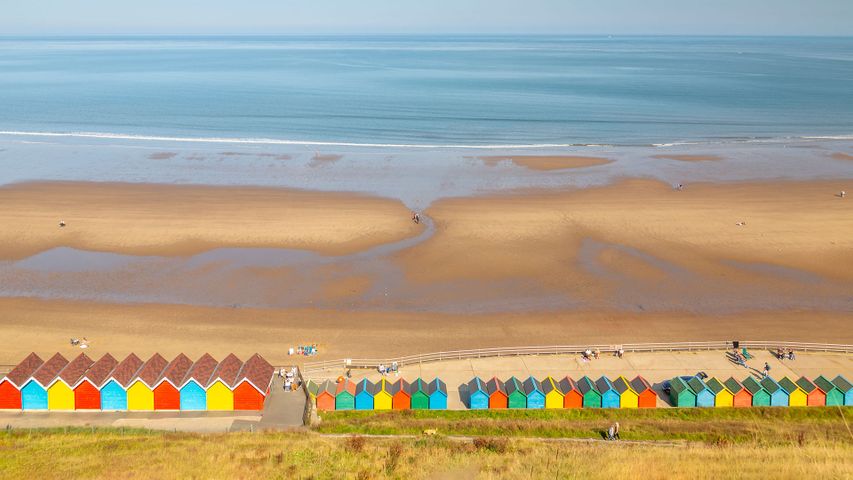 We’re looking out over the golden sands and colourful huts of West Cliff Beach in the seaside town of Whitby, North Yorkshire. But it’s not just a place known for deckchairs, wind breaks and donkey rides - Whitby’s literary connections run deep. The earliest known English poet, Caedmon, lived here in the 7th century, while in Victorian times it was frequented by writers and artists including Lewis Carroll and Charles Dickens.

Perhaps most famously, the town - particularly its ruined medieval abbey and nearby church - inspired the Gothic horror classic Dracula. Author Bram Stoker stayed at a guest house on the cliffs above our homepage beach and part of his famous 1897 novel was set in Whitby, the site of Dracula’s first appearance in England.

Back to sunnier subjects - those striking beach huts are an icon of the British seaside. They date back to Edwardian times and became particularly popular when British beaches reopened following the Second World War. Back in the ultra-modest Victorian era, if you wanted to take a dip in the sea you would have clambered into a bathing machine - essentially a hut on wheels dragged into the sea so you could jump straight in, away from onlookers. Thankfully these days, going for a dip is a much simpler experience.