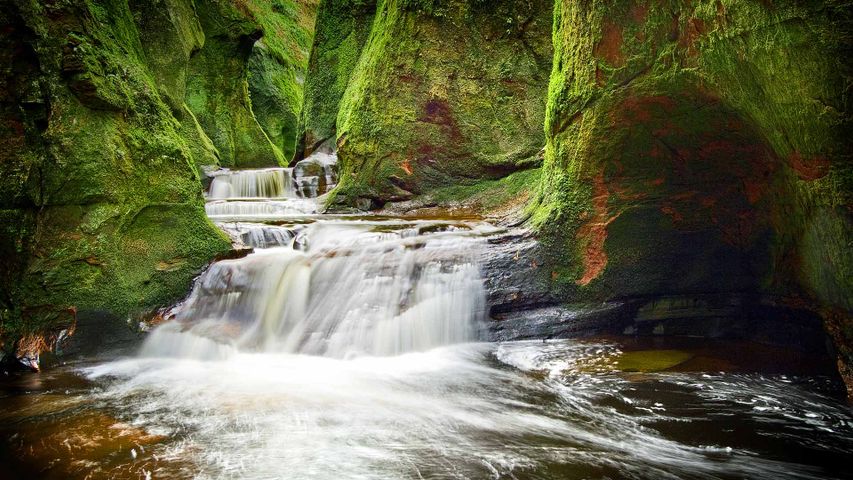 About a 30-minute drive from Glasgow, near the village of Killearn in Stirlingshire, lies a secluded gorge called Finnich Glen. The short, 70-foot steep glen is often referred to as Devil's Pulpit, a name that was originally used to describe a circular rock in the middle of the moss-covered gorge. According to local lore, is was a secret meeting place for the ancient Druids, but it's not so secret anymore. That's because it was used as a filming location in the TV series Outlander and has been growing in popularity ever since.