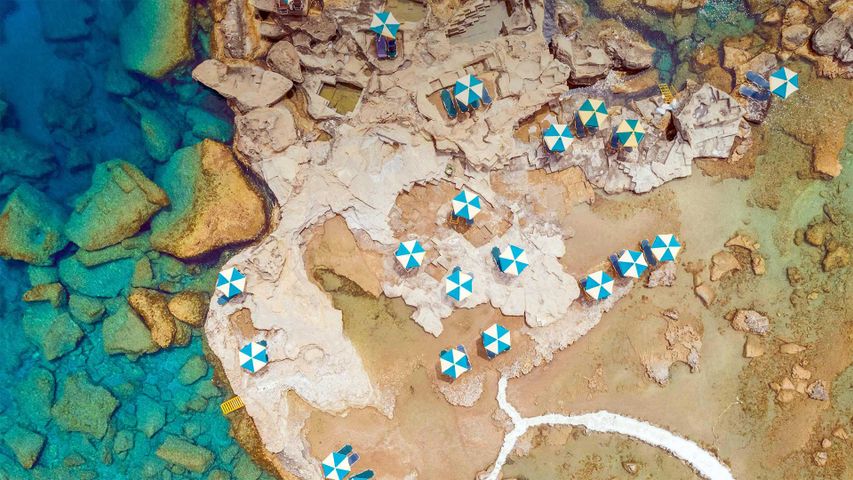 Rocky Rhodes. Soaking up the history of Rhodes

Welcome to the sunny Greek island of Rhodes, which is blessed with stunning beaches and steeped in history. Rhodes sits just off the coast of Turkey and has been occupied over the centuries by various empires, from Minoans and Persians to Greeks, Romans and Arabs – as well as a Catholic order of knights. It is famous for being the site of one of the Seven Wonders of the Ancient World - the Colossus of Rhodes. However this massive statue of the Greek sun god Helios, which was reportedly comparable in size to the Statue of Liberty, was destroyed by an earthquake in 226 BCE, having stood for just 54 years.

In 1948, Rhodes became a part of Greece and today is one of the nation’s most-visited islands. People come for the sun, the Greek and Roman ruins, the lush Valley of Butterflies and the ancient city of Rhodes. Its wonderfully preserved stone walls and gates, cobblestone streets and the Palace of the Grand Master of the Knights of Rhodes all helped it to become designated as a World Heritage site in 1988.