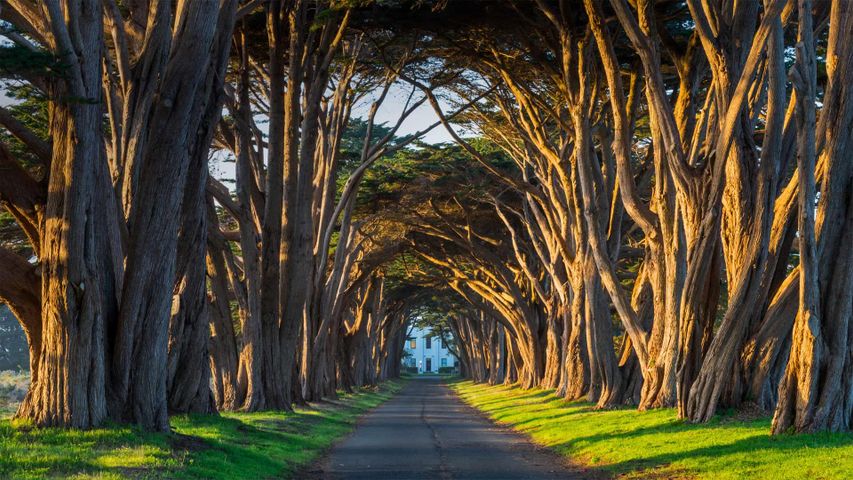 This is the cypress tunnel at Point Reyes National Seashore, a nature preserve on the California coast north of San Francisco. The tunnel leads to KPH, a ship-to-shore radio station that once broadcast messages to marine craft in the Pacific. KPH stopped operations in 1997, as more sophisticated radio equipment and satellite communications made radio stations like it obsolete. Now it’s one of the unusual features of Point Reyes, open to visitors interested in a glimpse of the past.Tonight the radio station will be full of Morse code and maritime radio enthusiasts celebrating the anniversary of the ‘Night of Nights.’ It was on July 12, 1999 that nearby station KFS sent what is thought to be the last commercial transmission of Morse code in the United States.