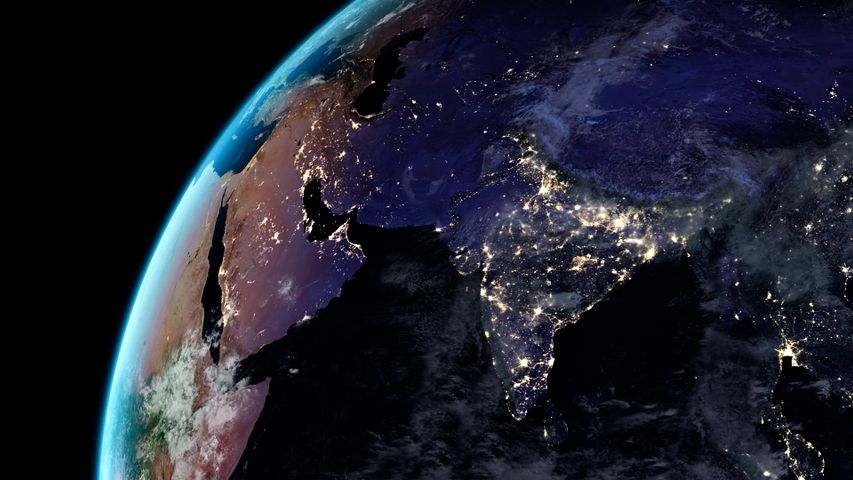 Our photo today has been digitally altered by NASA’s Earth Observatory team to remove natural light. Doing so reveals just how much artificial light human settlements generate. We share this image to draw attention to the observance of World Population Day today. The event was inspired by the Day of Five Billion on July 11, 1987, when the United Nations estimates our global population reached that milestone. Each year, World Population Day encourages us to think about how our growing numbers might affect our future, and the future of the planet we live on.

View of Big Ben and the Palace of Westminster through a pedestrian tunnel, London, England