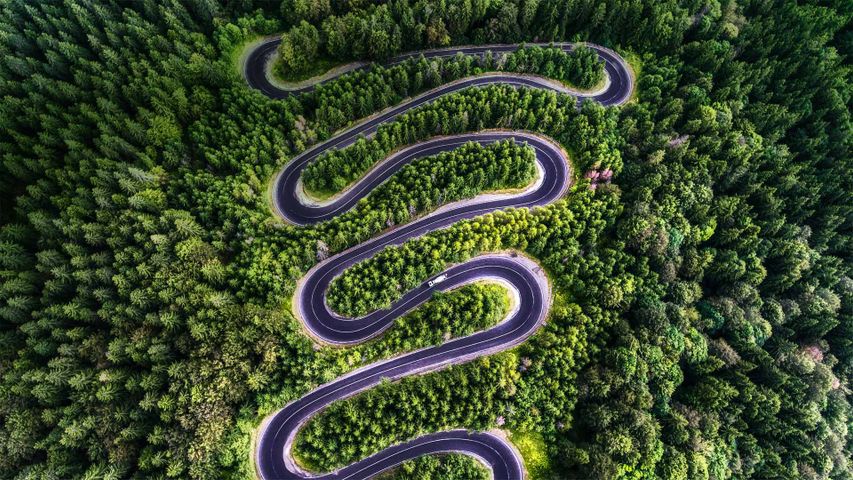 The Transfăgărășan in Romania is open for business. Also known as the DN7 highway, the road cuts through the Fagaras Mountains, offering stunning views of waterfalls, glacial lakes, and lush valleys—plus steep drop-offs and hairpin turns to amp up the drama. Back in 2009, Jeremy Clarkson, co-host of the British TV show 'Top Gear,' called this twisty route the 'best road in the world,' which helped turn it into a major tourist draw. The Transfăgărășan reaches elevations just shy of 6,700 feet and has more tunnels and viaducts in its 88 kilometres than any other road in this mountainous country. But proceed with caution. The speed limit is a sensible 40 kmph. And watch out for herds of sheep that use it as a path to greener pastures, and don't mind blocking traffic as they amble there.