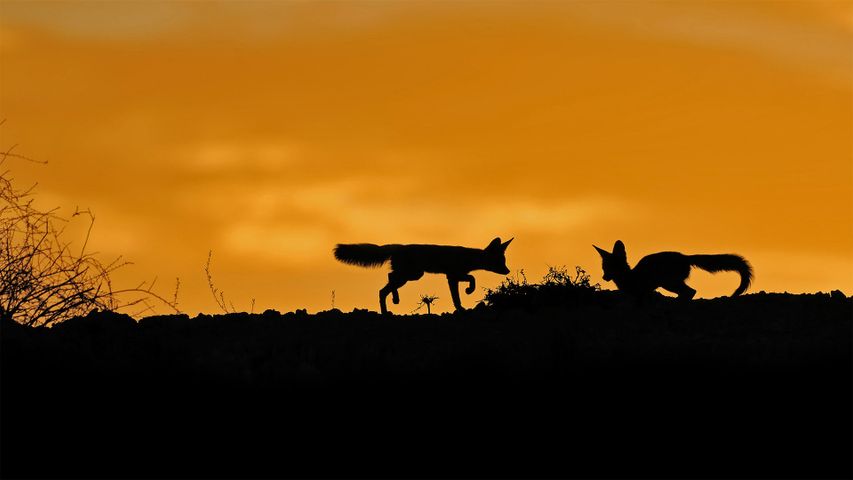 The weather is warmer, and the days are longer, which can only mean one thing—the dog days of summer have arrived. These Cape foxes are helping us celebrate the dog days with their frolicking in the Kalahari Desert. They may not be the kind of 'dogs' you typically think of, but Cape foxes are from the same family (Canidae) as the pooches you know and love. Partly to escape the heat in the desert scrubland it prefers, the Cape fox is most active just before dawn or after dusk, commonly spotted during the early mornings and early evenings.

If you’re wondering how the phrase ‘dog days of summer’ came about, look to the sky. In summertime in the Northern Hemisphere, around the time of the summer solstice, the star called Sirius makes its return to the night sky after having been absent during winter. Better known as the Dog Star, because it’s part of the Canis Major constellation, Sirius is by far the brightest star in the night sky. This time of year, it becomes visible again above the eastern horizon for a moment just before sunrise.