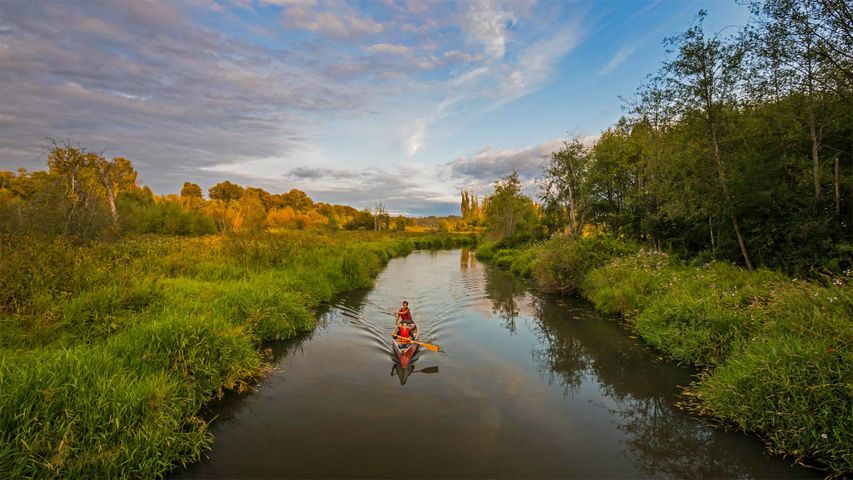 For Canada Day, we’re dipping our paddles in Still Creek, a long gentle stream in British Columbia. The canoe has long been associated with Canada’s national history, linked with early explorers, fur traders, and colonists who ventured out into the wilderness of the great north. An image of a canoe even appeared on early versions of Canada’s silver dollar, a coin which was later replaced by the ‘loonie,’ so named for the depiction of a common loon on one side.Canada Day, celebrated on July 1, commemorates the date in 1867 when Canada was recognized as a self-governing country under the British empire. It’s a national holiday for Canadians, which makes it a perfect day to take out the canoe. While gliding across the water, consider humming a few bars of the national anthem, ‘O Canada.’ Paddle on, Canadians!