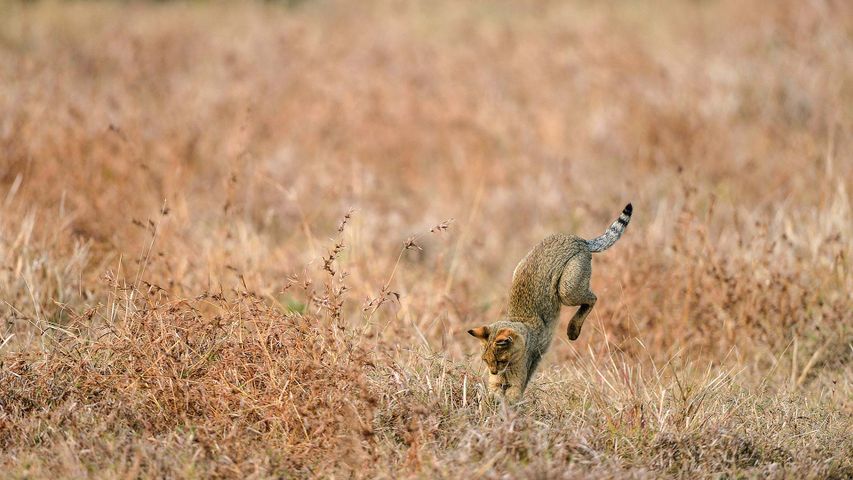 Jungle cat on the hunt

You’re looking at the jungle cat (Felis chaus) in action here. Also known as the swamp cat or reed cat, this species is native to South Asia, the Middle East and China. It hunts small animals and birds for food – stalking its prey before a final sprint or leap, much like its larger cousins. It is listed as ‘least concern’ on the IUCN (International Union for the Conservation of Nature) Red List of Threatened Species, although its numbers have dwindled in recent years. These creatures are known to live a solitary life, except during mating season or when they have kittens.