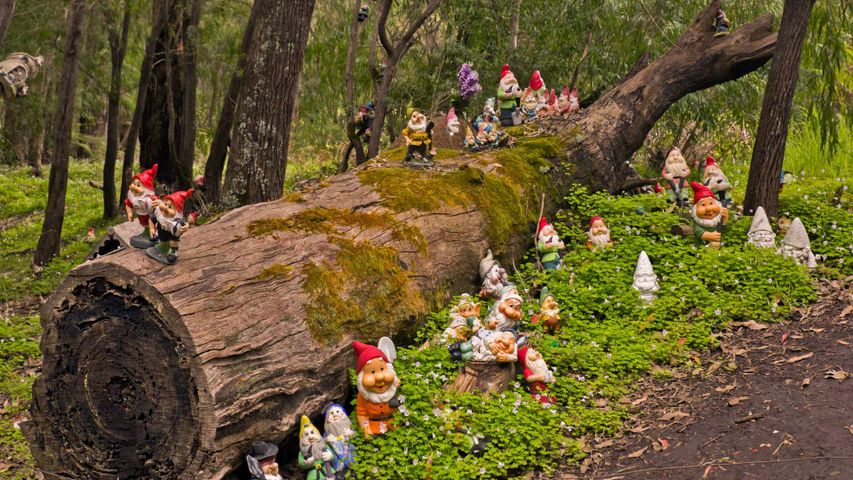 In 1995, officials wanted to build a traffic roundabout in this area of the Ferguson Valley in Western Australia. Locals weren’t interested in seeing the wooded land paved over, but the roundabout was installed anyhow. In response, someone placed a garden gnome on the construction site—a form of guerilla-art protest. Other small bearded, pointy-hatted fellows soon joined the original settler. The newly arrived wee residents at least prevented further development in the area. For what manner of villain would destroy the forest home of a bunch of garden gnomes? Eventually there were hundreds of gnome figurines, and a roadside tourist attraction was created.Visitors to Gnomesville are encouraged to bring a gnome to add to the population, as long as they write their gnome’s point of origin on a sign or on the gnome itself. More figurines are needed at the site, as a flood in 2018 destroyed many of the statues in Gnomesville. So if you decide to stop by, bring a small ceramic friend with you to become the newest resident.