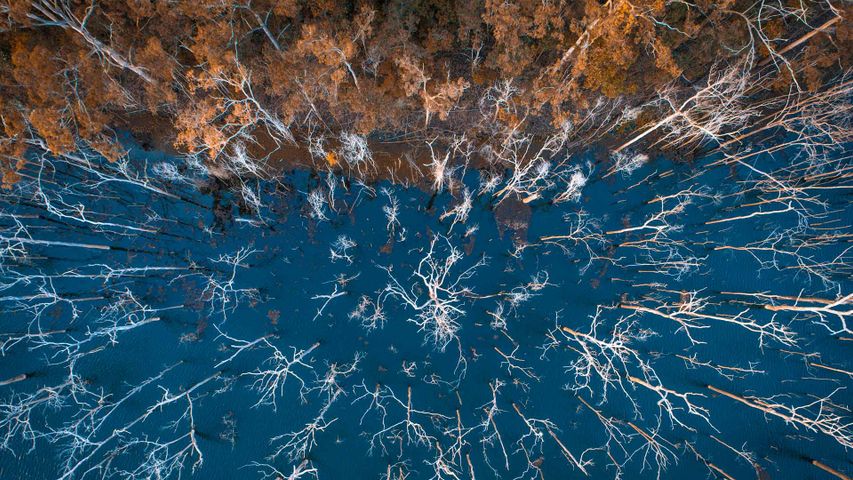 Though today the Advancetown lake and Hinze damn provide much-needed water to many areas of the Gold Coast region, it also actually submerges the original settlement of Advancetown (located south east of Brisbane) and its surrounding areas. European settlement of Advancetown is said to have begun in 1881 – slowly developing timberyards, farmland and even a local school. Jump forward a hundred years, however, and once the Hinze Dam had completed construction in 1977, not only had the school closed, but farming residents had relocated and the once booming timber industry declined. With the original settlement now beneath the water, a new township has been established above the lake – which according to 2011 Census data, only consist of around 352 people.

Shot of rocks in water in Tobermory, Ontario

Paddles painted with family crests stand in the Haida village of Skidegate, B.C.