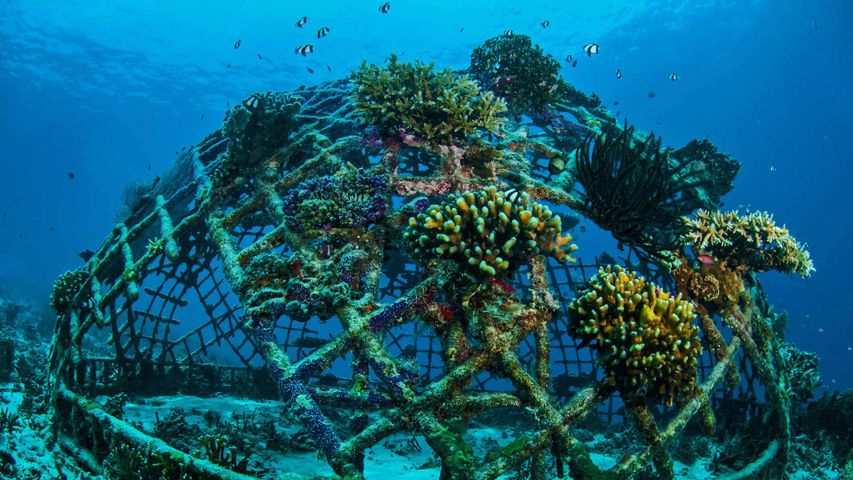 Humans have been trying to construct artificial coral reefs since at least the 1950s, with only marginal success. But in 1979 German scientist and inventor, Wolf Hilbertz, created ‘seacrete,’ also known as ‘Biorock.’ Hilbertz found that by directing a low-voltage charge to a metal frame submerged in seawater, calcium and other minerals in the water would build up on the frame in much the same way that a coral reef naturally forms. The electric charge isn’t high enough to harm any marine life, so Biorock reefs are appearing around the globe where natural reefs are dying off.The story of Biorock is a good example of how technology and human innovation are important parts of the conservation movement, especially where Earth’s oceans are concerned. More than 70 percent of our planet’s surface is covered by oceans, and those oceans contain 97 percent of Earth’s water. That’s why ocean health is a global concern. It’s also the motivation behind World Oceans Day, celebrated every June 8. We’re celebrating with this photo of a Biorock reef off the Gili Islands in Indonesia.