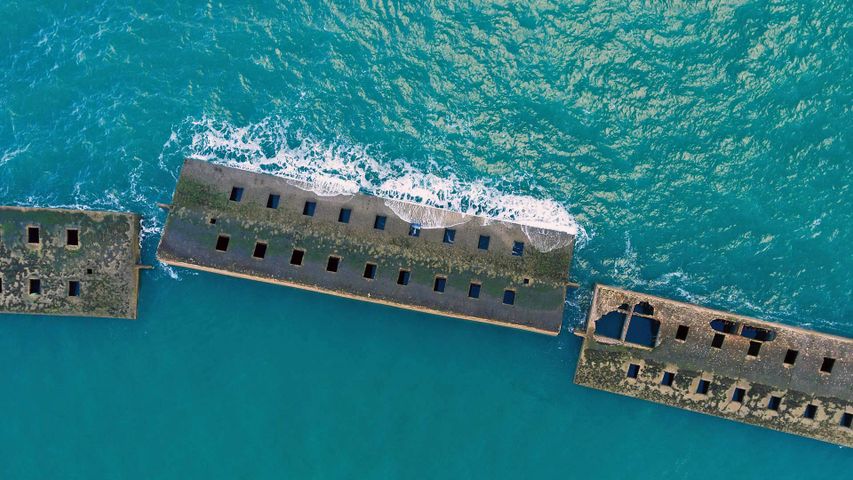 For the 75th anniversary of D-Day, the beginning of the end of WWII, we’re focusing on the remains of the Mulberry Harbours—one of the most impressive military engineering feats of the war. Knowing that the ability to land huge numbers of men, vehicles, and supplies would be crucial to the Allies’ success of the invasion of Normandy, Winston Churchill challenged his forces to come up with an artificial harbour that could be towed into place and operational within days of the initial landings. Over 40,000 men were involved in the creation of two harbours that were installed at Omaha and Gold beaches beginning on June 9, 1944, and which were completed just six days later. The harbours included breakwaters comprised of sunken decommissioned ships, pre-built concrete caissons, 33 jetties, and over 16 kilometres of roadways. A violent storm on June 19th destroyed the harbour at Omaha beach, but Mulberry B, at Arromanches, survived and by the time it was abandoned six months later it had la