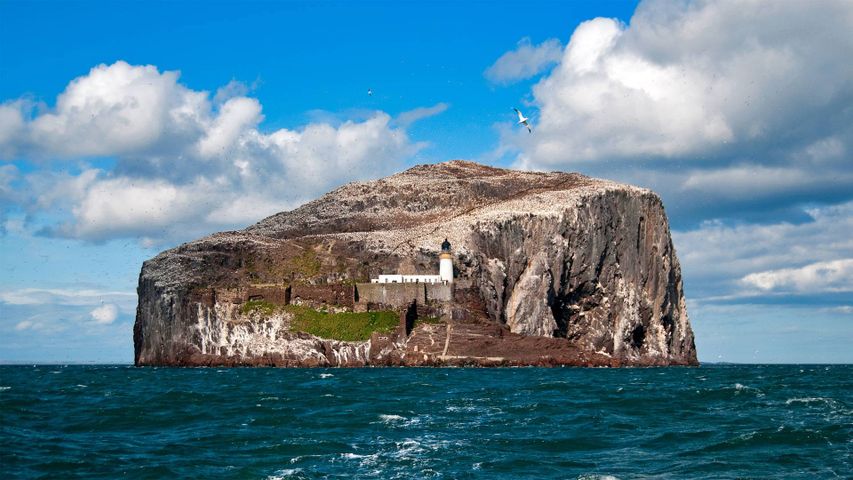 Nesting on Bass Rock. An island for the birds

Those white specks scattered around the surface of Bass Rock are northern gannets - seabirds that spend their breeding and nesting season on the islands and shores of the North Atlantic. At the height of the birds’ Bass Rock nesting, roughly 150,000 gannets arrive to rear their chicks, making this location the largest gannet colony on Earth. There are no human inhabitants on Bass Rock - the lighthouse is automated. The tiny volcanic plug island is just over a kilometre off the coast of the Lothian region of eastern Scotland in the Firth of Forth.